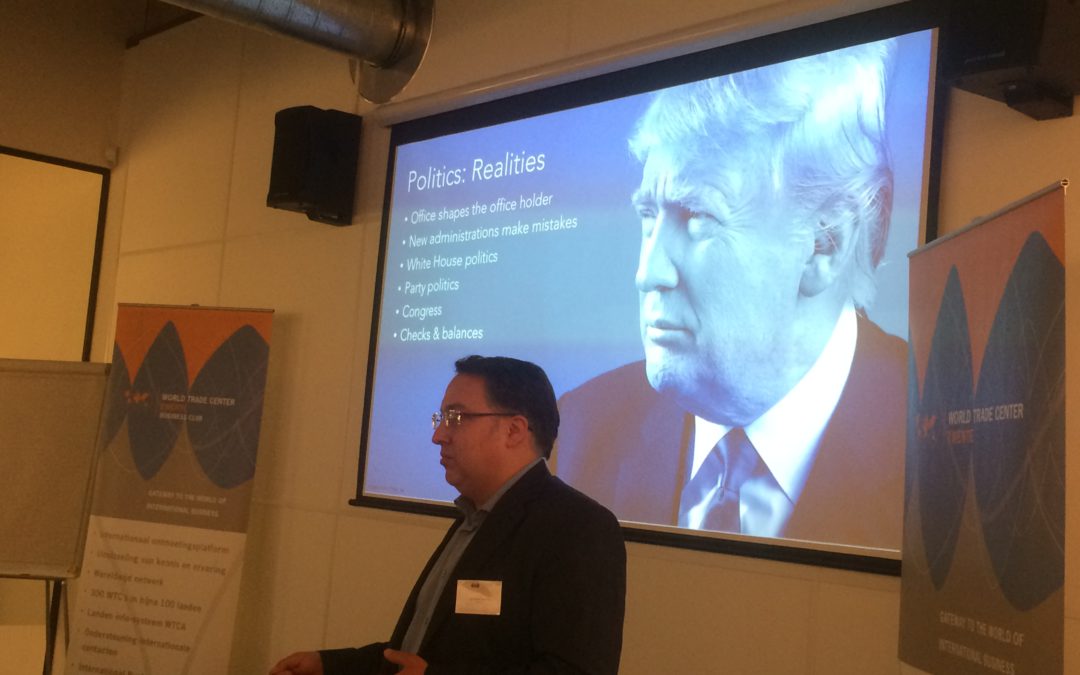 A brief review of President Trump’s first 100 days: Fog, realities, and learning – A direction yet to be determined in the transatlantic relationship

In the United States, when there is a new president, much attention is given to the “first 100 days.” At the end of just over a three-month period following a January 20th inauguration, analysis after analysis is done over the accomplishments of the new administration in that benchmark timeframe. To follow along with the trend, here is a brief synopsis of the first 100 days of the Trump administration, this one through the lens of global trade, foreign policy, and economics. This is by no means comprehensive. It is but a general summary.

Practically speaking, President Donald Trump came into office riding a wave of populism, fueled by blustery talk about building border walls and cancelling trade agreements. In the first week, President Trump signed an executive order (not a law, but a directive instructing the executive branch on how to interpret/carry out laws) stating that the United States would not be a party to the Trans-Pacific Partnership, a free trade agreement that had been negotiated but not ratified by Congress. While on the campaign trail, Trump talked about either eliminating or renegotiating NAFTA, and although there have been some conversations at various levels of the Canadian, US, and Mexican governments, nothing formal has yet begun. However, Trump did impose tariffs on Canadian lumber and criticized Canada’s high tariffs on dairy products, while once again threatening to withdraw from NAFTA if the agreement could not be sufficiently renegotiated.

Another area where the president has made moves is regulation. Trump signed 13 bills to wipe out Obama-era regulations and ordered agency reviews of regulations across the government. He further issued executive orders to chisel away at Obama-era financial regulations. Additionally, he put in place a mandate that for every new proposed regulation by government agencies, two old regulations must be recommended for elimination.

Tax reform has been the area of greatest interest to business. In February and March, the conversation focused around the border adjustment tax, a concept proposed by Speaker of the House Paul Ryan. The question was whether President Trump would incorporate this measure into his tax plan. In the end, the White House released a proposal for deep tax cuts, including slashing the rate for large and small companies to 15 percent, and collapsing the seven individual income tax brackets into three: 10, 25, and 35 percent. There was no mention of a border adjustment tax.

Trade policy, foreign policy, and national security often overlap, and this is particularly true of the US relationship with China, where there have been many mixed signals in the first 100 days. During the campaign, Trump used strong anti-China rhetoric and threatened to label China as a currency manipulator; post-election/pre-inauguration there was a call by then President-elect Trump to the Taiwanese leader, the first communication on such a diplomatic level since 1979, followed by talk of a possible upending of the decades-old “One China” policy. Today the reality differs from the rhetoric. China has not been labeled a currency manipulator, and it appears that the United States has a preliminary trade agreement with China on 10 items including several agricultural products.

In terms of the greater Asia-Pacific region, early on Trump spoke of rebalancing forces away from Asia, essentially cancelling out the previous administration’s “Asia Pivot.” The first 100 days has seen significant attention on Asia, including top-level meetings between Trump and the leaders of Japan and China, visits to the region by Vice President Mike Pence and Secretary of State Rex Tillerson, a military push in the region with a focus on North Korea, and a trade agreement with China. Again, there is a difference between the rhetoric and the reality. While clarity could normally be found by looking at official policy, there still has not been a full strategic policy framework released on Asia.

Moving to Europe, the transatlantic relationship has been less than smooth under President Trump. This originally stems from the Trump campaign where comments alluding to a possible withdrawal of support for Nato and negative tweets about German Chancellor Angela Merkel raised eyebrows in Europe. Early action by White House staff did not help either, with the head of the National Trade Council, Peter Navarro, making accusations in the press about Germany’s unwillingness to deal directly with the United States on matters of trade policy, thereby demonstrating a possible lack of understanding of the fundamentals of the EU structure and not engendering much good will. The news has not been all negative, however. The administration did express its commitment to Nato on multiple occasions. Secretary of Defense James Mattis and Vice President Pence, in two separate forums in Europe in February, both expressed the United States’ commitment to the alliance, and President Trump reiterated this commitment in his address to Congress in March.
In addition, there have been visits of US officials to Europe nearly every month since the inauguration. Vice President Pence spoke at the Munich Security Conference in mid-February, as did Secretary of Defense Mattis, who had flown in after meeting with his Nato counterparts in Brussels; Secretary of the Treasury  Steven Mnuchin met with finance ministers and central bankers from the G20 in Baden-Baden in mid-March; Secretary of State Tillerson met with fellow foreign ministers at the G7 meeting in Lucca, Italy in early April.

In March, Chancellor Angela Merkel visited President Trump in Washington. While both sides described the meetings on trade, Nato, and immigration as productive, it appeared to most observers that the relationship between the two leaders was somewhat cool. One month later, Ivanka Trump, eldest daughter of, and adviser to President Trump was in Berlin at the invitation of Chancellor Merkel to participate in the G20 women’s summit – a move apparently intended to help build bridges with the Trump administration. Others on the same panel as Ms Trump included Chancellor Merkel, IMF President Christine Lagarde, Canadian Foreign Minister Chrystia Freeland, and Her Majesty Queen Máxima of the Netherlands.

While this may seem to be significant activity, the reality is that not much has been solely focused on the US-Europe relationship, and there has been limited action with respect to trade. The transatlantic relationship with the new administration may have gotten off to a rocky start, however moves are being made on both sides to improve the situation.

Finally, there is the Russia question. Trump is known for his complimentary attitude towards Vladimir Putin, yet behind the scenes tensions have risen on Syria, coming to a head with strong language from Secretary Tillerson in advance of a trip to Moscow in April. One month later, Russian Foreign Minister Sergey Lavrov and Ambassador to the United States Sergey Kislyak are in the Oval Office, seen in photographs laughing with Trump. Meanwhile, in other parts of Washington, multiple investigations continue to explore various aspects of relations between the Trump campaign and Russia. Clarity is yet to come on the question of US relations with Russia.

Overall, taking a step back and looking at the first 100 days, there seems to be a significant amount of fog. While on the one hand, President Trump worked to keep some of the promises he made during the campaign, in many instances there have been a softening, or in some cases a complete mismatch from previous comments made. From a high level, it does seem as though this has been a period of learning for the president. He came into office with no government experience — he has been running a business since 1971. Trump  is one who was accustomed to total autonomy and control, and he has entered a world that is in most respects quite the opposite. Add to this the fact that the Senate was not the most expeditious in confirming Trump’s nominees (the US Trade Representative was just approved last week). Then there were run-ins with the judicial branch, the courts having overturned some of his more high-profile actions on immigration. It has not been the smoothest of first 100 days, and while there are still bumps, there are a few signs that some of the rough patches may be smoothing out. This could be due to the president and White House staff learning on the job, it could be due to the president’s cabinet secretaries finally getting into their roles and fulfilling their responsibilities,  or more likely some combination of the two. One hundred days is not a long time when considering governing a country. The 200 day mark will provide deeper insight and (theoretically) more clarity. 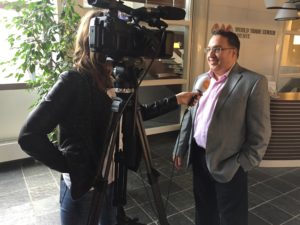