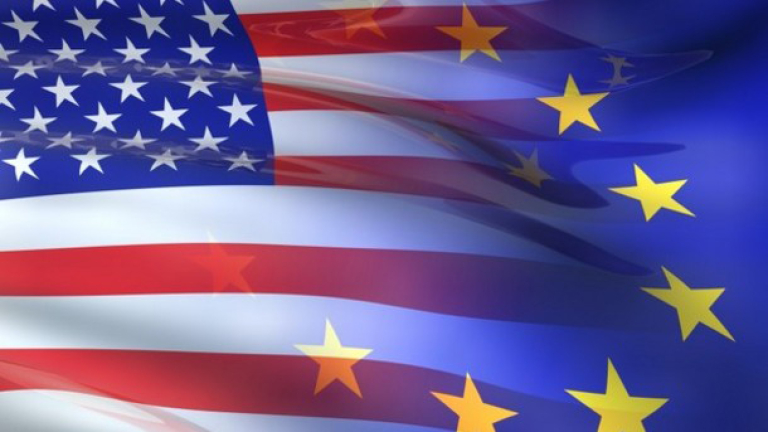 What is going on in Washington and how am I supposed to plan my operations in the US market? This is a question we are hearing often these days.

Last Year March when I spoke at the World Trade Center Twente on the Trump administration and how Dutch executives could attempt to gain an understanding of the direction of United States trade policy, I explained that one key was to look at the views of the people who were in positions to advise the president. At the time, included in this list were Secretary (our version of a cabinet minister) of Commerce Wilbur Ross; Secretary of State Rex Tillerson; Treasury Secretary Steven Mnuchin; US Trade Representative, Ambassador Robert Lighthizer; National Trade Council director, Peter Navarro; National Economic Council director, Gary Cohen; and Speaker of the House, Congressman Paul Ryan. Of those, four were considered traditionally pro-trade, two pro-trade but with reforms to existing agreements, and one could be described as staunchly protectionist.

In addition to those primary advisors, there were others in the White House who held influence, some very much open traders, others more isolationist. So while President Trump removed the United States from the Trans Pacific Partnership (TPP) shortly after entering office, and while NAFTA was opened up for renegotiation (a concept that many including those strongly in favor of free trade agreements believed should occur), the pro-trade wing of those in power held more sway. Today, the landscape has changed along with those whose opinion the president favors. Without getting into the minutia of politics, Peter Navarro is the person who can be described as being the lead protectionist voice within the current administration. Last year at this time, Navarro was marginalized, partially due to his very public failure in understanding the fundamental premise of how the European Union operates with respect to trade. This was not helped by the fact that foreign dignitaries who came to Washington for discussions on trade matters sought audiences with Gary Cohen, known to be pro-trade, and not Navarro who was supposed to be the key advisor on trade. Today, Cohen is out and Navarro appears to be the primary driver of trade policy.

In the first quarter of 2018 we have seen a number of moves vis-à-vis trade, from tweets to comments in interviews to actual policy being implemented. The year started with softer rhetoric – Trump, in his speech to the World Economic Forum, posited the possibility of the US re-entering the TPP. Within days the tone switched dramatically. By early February, tariffs on imported washing machines and solar cells were in place. This was followed by tariffs on steel and aluminum in early March, and shortly thereafter it was announced that the United States was implementing tariffs on US$50 billion worth of Chinese products. There were a few other actions in the first three months of the year as well, but these are the most significant.

The question for the Dutch executives is what does this all mean with respect to the opportunity for European companies in the United States? There is no easy answer to this, however, while all of these trade barriers make it seem as though the American market is rapidly closing, it is important to look at the details, and, as mentioned earlier, to go back and look at the people surrounding the president. The tariffs implemented were all geared towards Asia. The target of the washing machine and solar panel tariffs are Korean and Chinese companies. With respect to steel and aluminum, the EU, Mexico, and Canada have been exempted. For the moment, European leaders doing business in the United States can breathe a sigh of relief. It’s business as usual.

What about the future? Currently the focus is China. As of this past Friday, 6 April, Trump announced that he had ordered the US Trade Representative to identify another US$100 billion worth of Chinese products that could be subject to new tariffs. China reacted to the first round of tariffs against their products with tariffs on just over 100 US products including ginseng, soybeans, automobiles and airplanes. Within an hour of Trump’s announcement on Friday, Beijing threatened additional retaliations should the United States move forward on new tariffs.

Just because the focus is China now does not mean that this will not shift. President Trump has become known for a bombastic negotiating style whereby he comes out with aggressive positions initially, shocking the other side into moving more than originally planned, and then working towards an agreement from there. While China is most certainly a target, we at Faleiro believe that the volume of the policy moves are also meant to put others, such as our NAFTA partners and the European Union on notice. A significant determinant will be how the situation plays out with China, and the effects on Wall Street and the broader US economy. This will also determine who continues to have the ear of the president. If the president believes that he won the negotiations with China, Peter Navarro will continue to have influence. If this policy backfires on Trump, Larry Kudlow, Gary Cohen’s replacement as the new director of the National Economic Council, and a strong proponent of free trade, may end up being the one to have greater influence on future US trade policy.

Today, Congressman Paul Ryan announced that after 20 years as a member of the U.S. House of Representatives, he would not run for another term. As Speaker of the House, Congressman Ryan is one of the most powerful voices in our government. He is also very much pro-trade. When I was the CEO of the WTC Wisconsin, Congressman Ryan, being a Representative from Wisconsin, would always keynote our annual Trade Policy Conference. He was instrumental in helping to bring about a number of free trade agreements. The reason that his retirement is such an important piece of the puzzle in any assessment of the future direction of U.S. trade policy is because it is the United States Congress which has the ultimate authority for governing our trade relations. The president is periodically given Trade Promotion Authority (TPA), which allows the Executive Office of the President, to negotiate on trade. President Trump’s administration currently has TPA, but this term for TPA is set to expire in 2018, with an option for a one-year extension. After that, Congress has to pass new legislation to re-authorize TPA. For new legislation, or even a vote on an extension, it is the Speaker of the House who is the person responsible for bringing items up in front of the House for a vote. Key facts moving forward? 1) As an outgoing Congressman, Speaker Ryan has nothing to lose if he wants to fight the White House on issues where he may disagree (i.e. he does not have to bring TPA extension up for a vote); 2) As a Republican, one of his primary concerns is to ensure as many Republicans as possible are elected to the House in November, and Republicans in general tend to be in favor of free trade, and Democrats tend to be more protectionist; 3) If the Republicans win the majority in November, pay attention in January when the new Congress is seated and the they elect their new Speaker. Look at that person’s record on trade.

This is but a small view of the policy conversations taking place in Washington. As always we recommend keeping current and assessing logically and strategically. Watch what happens with the US and China, whether the current moves blow into a full trade war, a more drawn out asymmetric trade war, or whether these tensions will cool over the next few months. Watch the NAFTA negotiations and the results.

In term of tactics you can implement to help plan and protect your interests, we will cover that in our next post. For the moment, I will leave you with a few immediate suggestions. Most European companies, unless they have long lead times (i.e. greater than three months), should not need to make any immediate changes to current efforts with respect to the US market. However, we strongly recommend developing scenarios of how you would handle an increase in import tariffs for your product(s). To gauge likelihood of a tariff, look at the rules for your specific product(s) on both sides of the Atlantic, and see if there is a significant discrepancy with the favor going to Europe. Then look at how competitive is your industry in the United Sates. What percentage of market share can be attributed to imports? Have there been any complaints filed recently with the US Department of Commerce and the International Trade Commission by US companies in your industry claiming dumping or unusually low prices by non-US competitors or unfair subsidies of non-US companies by their governments? These are important indicators to pay attention to. And of course, as mentioned above, pay attention to the trade news, as the situation is fluid.

If you have any questions, please feel free to reach out or post your question here, and we will cover it in the next blog. 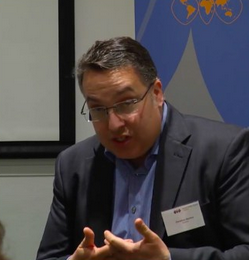 Christian Bartley is Managing Director of Faleiro, a foreign trade consultancy headquartered in Washington, DC, United States and is a former CEO of WTC Wisconsin. He has worked with, led projects for, and consulted companies from start-ups to Fortune 500s in Europe, the Americas, and Asia. He has operated in a range of industries from healthcare to finance to industrial equipment. Bartley serves on a number of corporate and advisory boards, including a center leadership council at the Massachusetts Institute of Technology (MIT). An Advisor for Economic Diplomacy to the country of Belgium, he spends significant time on both sides of the Atlantic. When in the east of The Netherlands, he and his team base themselves at the WTC Twente.